Is Positive/negative Reinforcement  the Right Path?

Is positive and negative reinforcement the right path? This is a question that many of you frequently ask me and to which I would like to provide an in-depth response.

The study of horse behaviour by university scholars that is created “in the laboratory” or through observation of artificial herds created and managed by humans, often neglects to address some essential aspects of horses, including the social life and the complex emotions of horses. In order to be fully understood,  these fundamental traits have to be studied in wild horse herds where there is total absence of human interference.

The pseudo-scientists of Pavlovian extraction who have only studied domestic horses often misunderstand the horse’s natural behaviour. This misunderstanding has led to ethological definitions based solely on the interpretation of behaviour of a limited number of horses observed in these artificial, domesticated environments. But ethology is not an opinion. It shouldn’t be restricted to a forced social environment where horses live in small, confined spaces that are managed by man. Furthermore, applying such studies leads to a false interpretation of a natural communication for the horse. 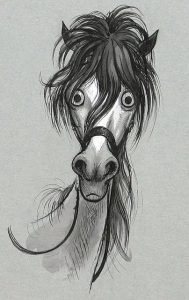 Also, more and more articles and books authored by “experts” use equine language based on a strong conceptual ego that superimposes the human culture onto the equine world. Instilling humanized thought while explaining and defining a horse’s behaviour is surely misleading and not educational.

The development of science, applied to increasingly sophisticated technology, has relieved modern man of much toil. However, this has taken away much of his ability to think and learn in a natural way, specially natural things. Man has compensated for the loss of this capacity with a synthetic coefficient that, in turn, has produced an equally artificial culture. All this drove him away from the true meanings of the natural world. This modified mentality led him to a delirium of omnipotence that further exploited and devastated the planet. Moreover, this delirium makes him eager to penetrate in a techno-Cartesian way into the visible and invisible details of things, but only to capture their secrets.

Man is following a false and dangerous lead.

The scientific world persists in studying operant conditioning and applies positive and negative reinforcement to animals. Therefore, Pavlov is always alive, but we have to “kill him” in order to evolve. There is always a limit to overcome: to snatch is not to understand.

Never take anything for granted! The miracles of life happen all the time around us: snatching is not understanding. Snatching is simply the opposite and does not favour any evolution. 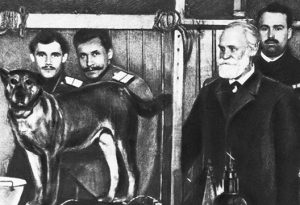 The Russian physiologist and 1904 Nobel Prize winner, Ivan Petrovic Pavlov (1849-1936), was the one who gave prestige to the concept of snatching in modern science. Pavlov became famous for discovering the conditioned reflexes that depend on the repeated association of a stimulus to a physiological or “instinctive” reaction and are aconsequent to learning. Many biologists, considered influential, and animal behaviourists argue that Pavlov found King Solomon’s key: the ability to grasp the ways of learning and communicating with animals and be able to bend them to our will with ease. This discovery gave man the absolute right to own an animal’s soul and intellectual abilities, because he was the only being that could voluntarily evade any conditioning. But I don’t think so, just look in which system man lives. Even organized insect societies are not as victimized as we are of conditioned reflexes. When they have to swarm, bees swarm and do not do it because of a conditioned reflex but for a reason that is still unknown.

Unfortunately, these studies have resumed at universities dealing with equine behaviour and have carried out the application of the conditioned reflexes on horses, providing scientific evidence that they consider impeccable. But today, many horses are still trained with traditional methods or with the “scientific innovations” of positive and negative reinforcement. But it doesn’t work. Conditioned animals become zombies. 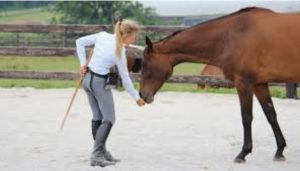 Many methods call themselves “ethological” or “natural” and use food as the main incentive for training horses. These methods are sold online, featuring circus horses following a person, running, lying down, or climbing somewhere. But, most of this is done through pure conditioning. You cannot help but see the horse continuously searching for food, his “drug,” with no intention of interacting or communicating.

In my opinion, conditioning is a technique, not communication, and it is not necessary for an authentic relationship with animals. Instead, conditioning is detrimental. If you condition the behaviour of animals, their natural culture that guides them and is often opposed to ours, dozes off and remains in a cage without a gate. Conditioning over time produces the exact opposite effect. At the first opportunity, the horse escapes. The rebellion, which in the strong-willed can be definitive, manifests itself in alternating phases with a minor character. And since this conditioning does not involve the use of respect and communication, it offends the dignity of animals, even if at the unconscious level. But unlike man, animals have intercommunicating subconscious and conscious. So it is not difficult to understand why, sooner or later, forever or sometimes, they rebel, presenting all sorts of problems. The use of food, for example, makes horses very aggressive and lobotomized in a lot of cases.

But the human being is not only human; he has animals inside him. To interact at best with a horse, you have to take out as much horse as there is in you. Easy to say… How do you do this?

It’s one of the questions many ask me. Still, the intriguing profession of the ethologist is not a sad profession that whispers or gives away tricks. How to get there will be the subject of my next article. 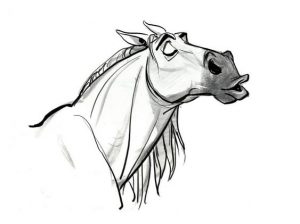